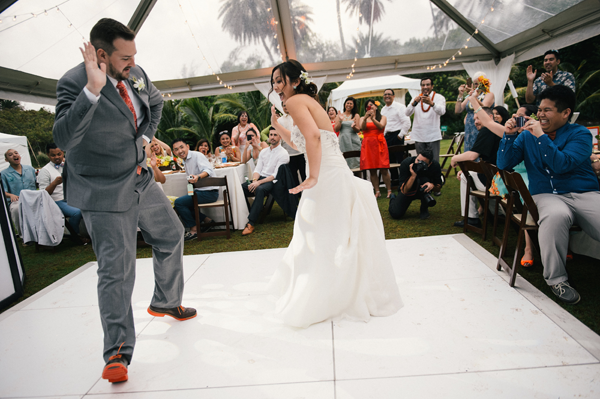 Hello all you lovelies!  Love that word lovelies, I learned it from a British friend.  Anywho, I hope you all are having a great week!  And if not, I’m sure our Wedding Wednesday Q&A will bring some joy your way because who isn’t happy getting their wedding planning problems solved?  No one.  So, let’s get started and this week’s topic is the wedding song list:  I’m working with my fiancé on our wedding song list and we’re having problems choosing the songs we want for the different important moments like the first dance and recessional.  I want to choose a song I like now, but I also want to choose a song that I’ll always like and I’m not sure how to go about this.  Any guidance would be greatly appreciated.

Picking songs can definitely be hard and while you don’t actually have to pick many of them, you want them to feel right.  So, it sounds like to me that the question you are asking is how do you make sure you pick songs that are timeless.  The key here is picking songs that are timeless to you.  Because general timeless can mean Etta James, “At Last”, but if that song doesn’t mean anything to you, it doesn’t matter if it’s considered a classic to everyone else.

So, where do you start?  Well, I’m sure since you’ve started to think about songs, that you’ve compiled a list already (if you haven’t, the tips below will help).  And I’m sure the songs on that wedding song list are songs that you like and say the right things.  So, the question is which song to pick?  I am a firm believer that a trendy song is not a good choice unless you absolutely positively love love love it.  Something might be popular and on the radio now and it may be a song you like, but the chances that it’s a song you’ll still like 5 years from now are slim.  It’s better to choose a song that is older (even it’s just a year or two old) because if you still like it now, that means that it is a song that really resonates with you.  So, avoid the trendy songs unless you are head over heels in love with it.

Since you’ve probably crossed some songs off the list, look at the remaining ones.  The songs you pick should be songs that make you happy.  And when I say that, I mean that when you hear it, you just smile because you can’t help it.  It makes you feel good.  Those are the songs you want for your wedding because they’ll just amplify the happiness of the moment.

Now if you ended up with all your songs crossed off or you didn’t have a wedding song list initially, start afresh.  Think about what kind of music makes you happy and that could be a song or an artist or a genre of music or a timeframe of music.  Once you’ve narrowed it down a little, think about songs within that category that are meaningful to the two of you somehow.  It doesn’t have to be a song that was momentous necessarily (like the song you heard at the restaurant of your first date), but it should be a song that represents you somehow either in the wording or the beat or the feeling.

Another way to go about finding a song is thinking about what reminds you of your fiancé.  Is there an artist or a genre or a timeframe of music that reminds you of him/her or of your relationship?  Delve down that path a little and see what you come up with.  Finding the right song is about finding a musical representation of your love, your excitement, and your emotion.  As long as the song makes you happy and feels like the two of you then it will be timeless for you and you’ll be on your way to putting together your wedding song list.

Got a wedding planning problem?  Send us your question and we’ll get you an answer. 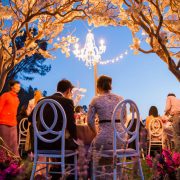 Wedding Wednesdays Q&A: Where to Rent Lighting From 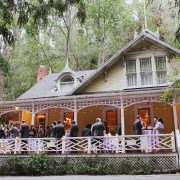 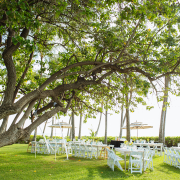 Wedding Wednesdays Q&A: What Does a Venue Coordinator Do?
0 replies

Pets in Your Wedding
Scroll to top